Happenings At The Hollow #2

It’s been a messy, crazy, busy whirlwind over here! Between painting from the ceilings down, installing floors and having literally half our house torn up… it’s been a bit hard to have anything pretty (or complete) to share. In spite of that, I thought I would share a quickie of what we’ve had going on.

Last night we picked up Austin from the airport after a month long absence. I got big squeezes right off! I missed him lots, but I know it was much more fun down in Cali, rather then here in reno-zone. He got to do so many things, like fish up in Mammoth, attend the huge, yearly pool party event, go to the OC fair and spend lots of time with my mom, dad, sister and her guy! We had a great drive home. It was beautiful and the weather was wonderful. It was actually only 80* in Eugene, not nearly 100* like last time. We took a wee detour and went by Dorena Lake and spied a fantastic old covered bridge. I was so glad I brought my Nikon with us on this drive. Often, I just snap interesting pics with my iphone. 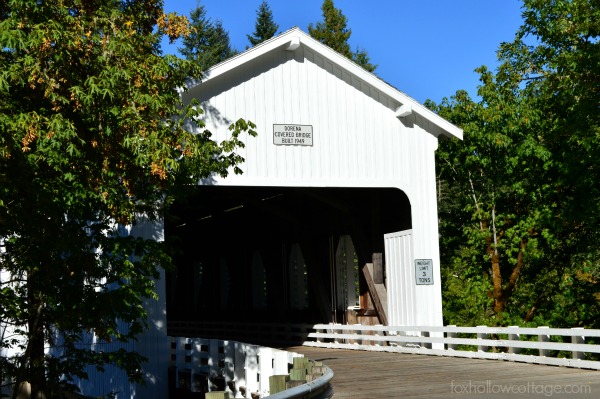 The Dorena Covered Bridge was built in 1949. As you can see, it is painted a beautiful, pure white.

A brief history on covered bridges; Like many structures of the late 18th century,  bridges were made almost entirely of wood. It soon became apparent that the joints of a wooden truss bridge would deteriorate rapidly when exposed to the elements. The covered bridge was invented in response to the need to protect the wood trusses and joints.

While covering the bridges was a practical way to protect them from snow and rain, it also had a downside. During pre-automobile days, when sleds were the primary method of winter transportation, snow actually had to be shoveled back onto the bridges to provide a snowy surface for the sled runners. Can you imagine having to do that job!?

Estimates have been made that Pennsylvania once had at least 1500 covered bridges, historically known as “kissing” or “wishing” bridges because young couples used the shaded passages to steal a kiss while others would make a wish before entering a new bridge for the first time. Not only is the sheer number important, but Pennsylvania had the first known U.S. covered bridge, as well as the prototypes for most of the major truss types. They now have 200.

Oregon has the largest collection of covered bridges in the West and one of the largest in the nation.

The covered-bridge-building tradition in Oregon dates from the 1850s. Out of necessity, pioneers built with the materials at hand. Douglas fir was abundant in western Oregon and well-suited to bridge construction. To increase their useful life, houses were constructed over the timber trusses to protect them from the damp western Oregon climate.

The heyday of covered bridge building in Oregon occurred between 1905 and 1925 when there were an estimated 450 covered bridges in the state. By 1977, this number had dwindled to 56. 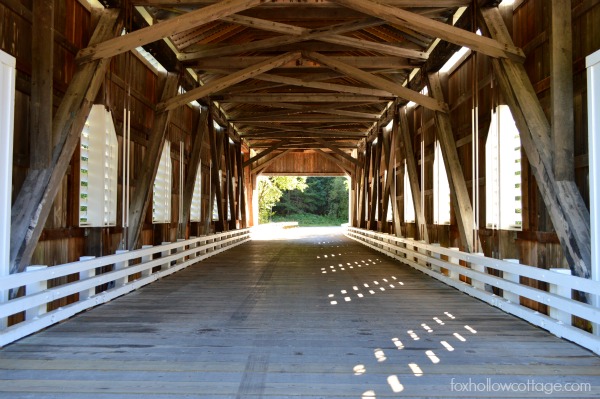 Can you imagine a “barn style” party here? The beams were huge and the whole structure had such a neat feel. You could of course here the creek underneath and it was so serene and peaceful. I tried to imagine the sound of horse hooves clip-clopping over the wood roadway. The floor boards were large 10-12 inch sections. So beefy! 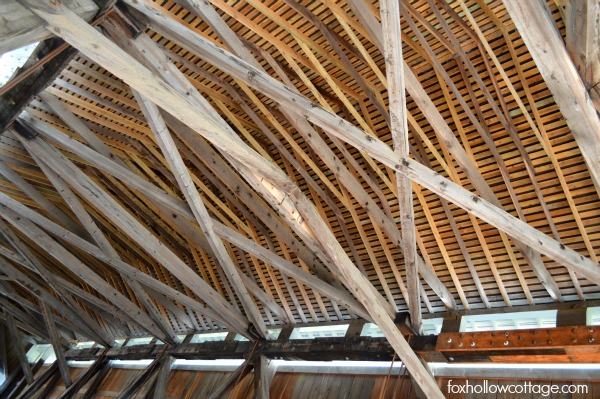 It’s a working covered bridge, which means you could drive on it.

As evidenced by my husband being silly. My camera wasn’t set up for a speed shot, but I tried!! 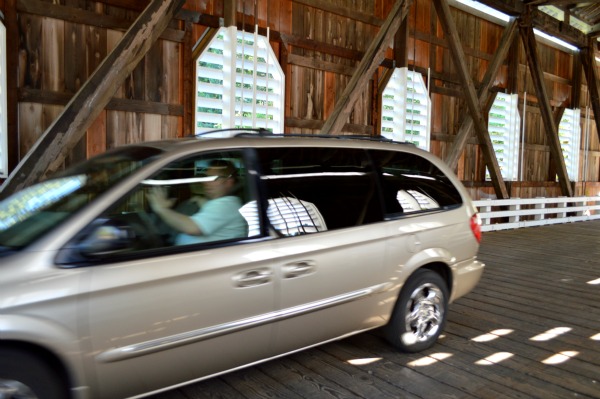 It’s got a main road that passes right by, so it’s easy to walk through too, as it’s mainly for looks/history now.

This is the view from the marvelous slatted windows. I could move right in! 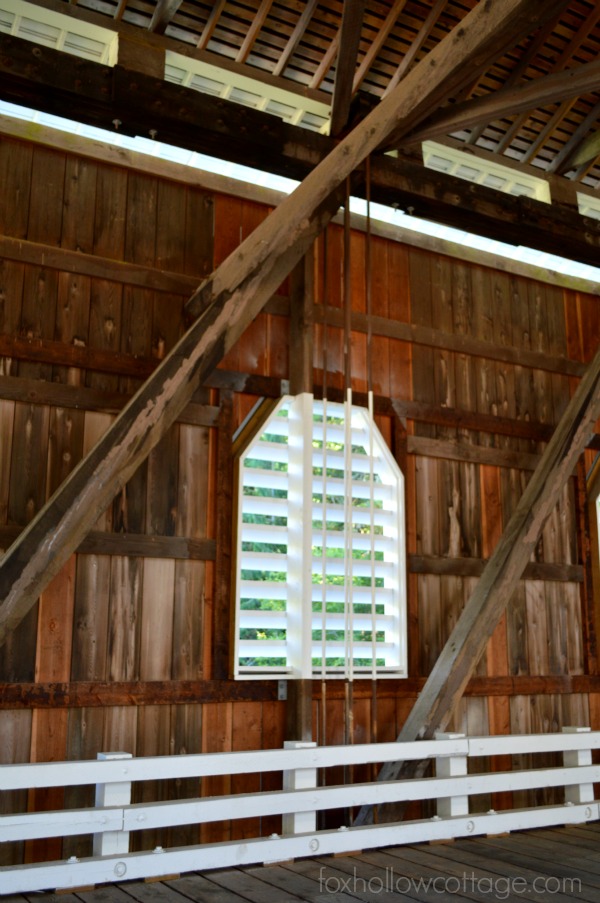 I thought it was wonderful how the iron bars and beams in front of the windows were painted white to blend in with the window when they cut in front of it. Sometimes, it’s the little things.

I wasn’t able to get a photo of the bridge from the road, it wasn’t safe… so you miss the water coming under it in this shot… but it was the best I could do. What a happy accident to run across this beauty!! 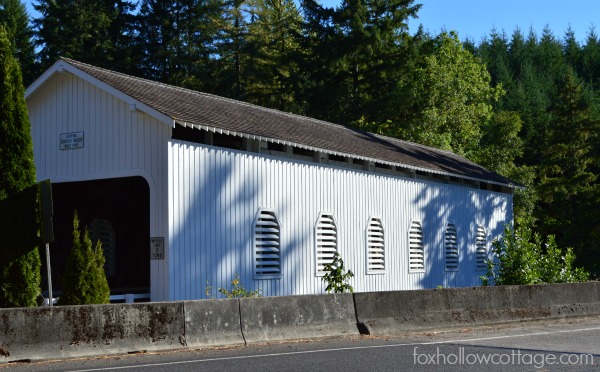 We headed out of town to pick-up Austin early since we had several errands to run first. We stopped by Lumber Liquidators to get the underlayment to complete the flooring install. We’d like to stop looking at this… 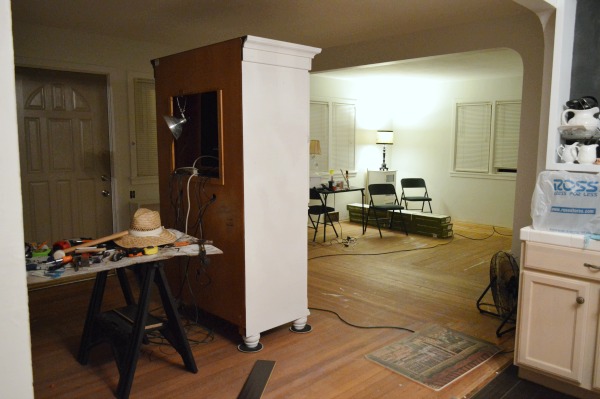 I’ve been working on painting some velvet fabric on a chair I picked up. I’ve had mixed results and will tell you about it when I post about it in detail so you can get yours perfect should you ever try it . Here is the right now; 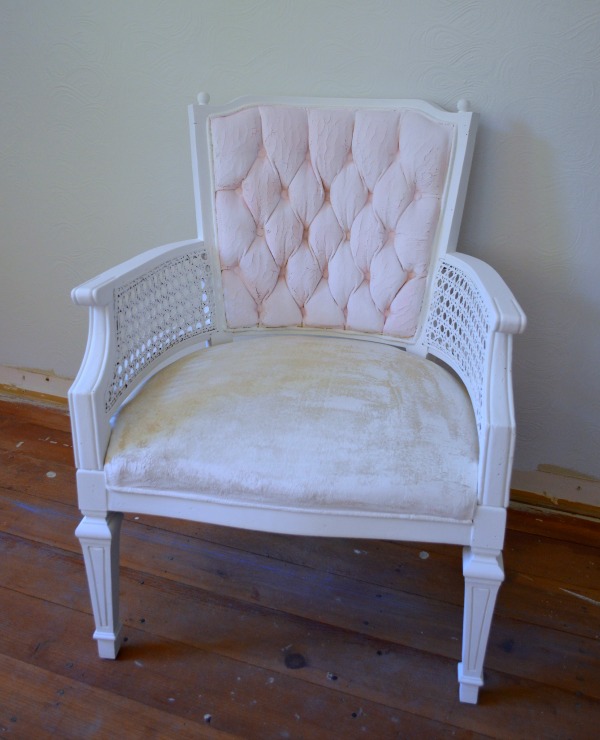 My big job with this project was painting and I’m done so I’ve moved on to working on our bedroom. I have not done much to it since you last saw it here in this post and it’s time for a little attention. 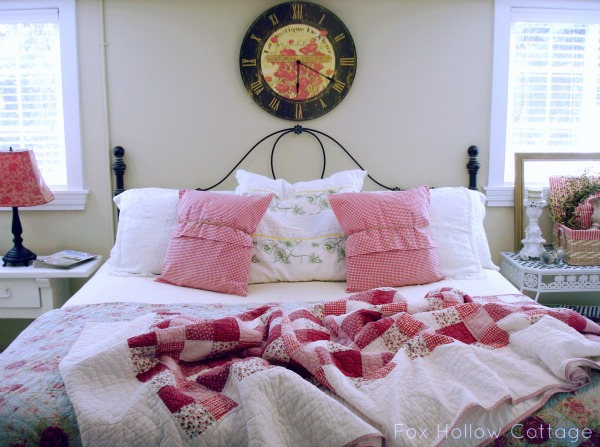 I’ll share my plans for our master bedroom refresher and a fun giveaway this week so stop by if you can.

You’ll love the giveaway. It’s just something from me personally, but we all love them and I’m looking forward to spoiling a reader a wee bit!! Hope everyone is enjoying their Summer. Ours has been work filled but we are still managing to be thankful for the beautiful weather. Even if we aren’t out frolicking in it. 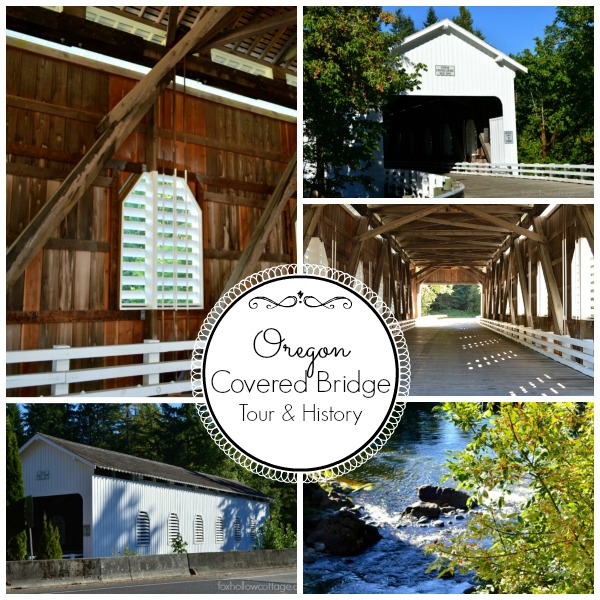 Happenings At The Hollow #2

Come with me and tour the historic covered bridge in Dorena, Oregon during Happening At The Hollow #2
Subscribe for free today to receive all my latest DIY tutorials, decorating ideas, upcoming projects & more, sent right to your in-box!