Perfect for talking about the subject at hand!

We last left off, with everything going really well, and you know 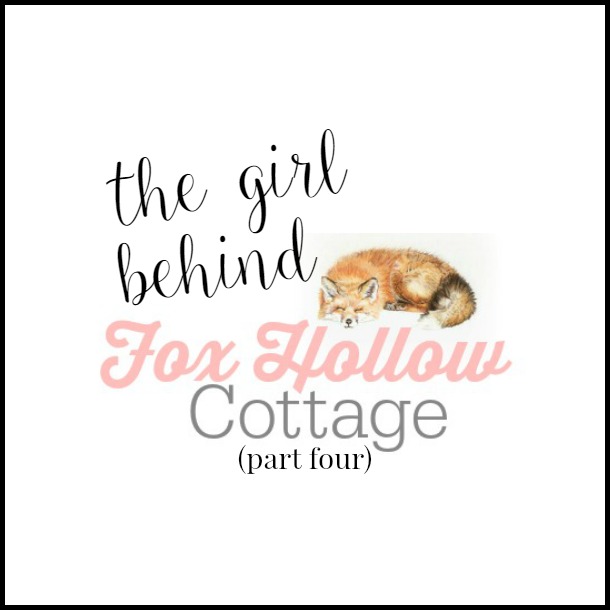 Work was great, I was managing the store in town and loving my job! Jim was no longer working nights and we had a pretty normal schedule. Even with me working retail, which meant working 2 twelve hour shifts a week, closing nights and working some weekends. Austin was growing, happy, healthy, and we were eager to give him a little brother or sister. Life was good.

With all the walking I had slimmed down and was feeling fit & strong! Plus, I had kicked junk food & sugar. I just gave them up, got past the cravings and didn’t even want it anymore!! I wish I could do that again. I don’t know how the heck I did it back then? I just… did.

Oh, we had normal stuff happen like it does in life. Our plumbing kept acting up and our pipes kept bursting under the house. That was so fun!! I learned how to fill buckets with water from the hose to fill the toilet tanks, how to heat water on the stove for baths and how to wash and condition my hair with the littlest amount of water ever. hahaha. All good things for building character. We had car’s break down, ear infections. All the kind of things we all deal with. Summer’s were hot and we were thankful for our air conditioning, which was not a standard thing where we lived. I loved watching Austie play, run through the sprinklers, and experience new things. He potty-trained really well and had given up his bottle. He was the perfect age for us to get pregnant again.

— There is going to be some girly talk coming up, and I’ll try to be delicate and use proper terms, but if you easily go “eww”, turn back now! You’ve been warned.

While work & home were all good, and I seemed to be on an even keel, my body was acting odd. I seemed to be having perpetual periods? I joked with my mom once, on the phone, that I might be able to get pregnant again, if I could ever get off my period.

I visited my doctor and over the course of a year, saw several others.

I was put on birth control pills, then some old-school, super strong birth control pills. Which do not aid in getting pregnant, in case you were wondering. I took the pills as prescribed, sometimes I think they had me a taking 3 a day if I recall correctly.

My bleeding continued. None of the pills were doing anything to control what my doctor said was “hormone” related bleeding. Thus, the prescribed course of birth control or “hormone therapy”.

Some of this was occurring as I transitioned from first assistant to store manager, but I was able to fulfill all my job duties without much interruption. I think I had a doctors appointment or two. But nothing big.

Until one day, after many months… the bleeding got so heavy (WARNING: graphic content ahead) that a super jumbo tampon (I usually wore slender) and a maxi pad couldn’t last long enough for me to get from the bathroom in back, and out onto the sales floor. I was passing clots too, which I never, ever had before, and some were the size of a small egg. That freaked me out pretty good. I didn’t know what to do? My bleeding was uncontrolled and after so long, my energy had plummeted. I had a serious problem here. I called my district manager (protocol for a manager leaving work) and explained the situation as discreetly as possible, hoping she would understand, her being a woman and all. We hung up, and I left work for the day. After being reminded that I was a manager now, and sometimes we had to buck-up. Or some such thing. I don’t recall word for word. I do recall though, wondering how you were supposed to buck-up (or whatever) when it felt like all your lady parts were falling out of your vagina?

Anyhow.. I drove myself directly to the E.R. out of desperation. The intake nurse was so sweet and understanding and warm and compassionate and wonderful!! She gave a lot of “oh honeys” and “let’s get this figured out”, and “how are you standing upright bleeding like that?” She got it.

Then, the doctor on call came in. And was one of the biggest assholes I’ve ever met. He basically said there was no way I could be going through feminine care products like that and still be standing up. I must be wildly exaggerating. If I could describe the sheer… disgust and disbelief that was coming out of the very pores on that man’s face to you, I would be a literary genius. But I’m not. So just picture a complete asshole you know. That should do it.

Already being in a fragile state, I felt utterly wounded, so angry, and completely betrayed by someone who was supposed to treat and care for human beings.. and there was no way, in hell, he was going to touch me. I had zero desire to undress and have that man poking around between my legs!!

When he left the room. I got dressed and left. Making sure on my way out, to stop at the desk and address him to let him know how he had made me feel. I didn’t yell, or raise my voice, but told him if I was his mother, sister, wife, daughter… any woman he cared about, maybe he would give a shit, and actually try to help and figure out what was going on, instead of treating them like dirt. My voice broke, and I probably looked like a loon. But I said my piece.

(I later got a call from the PR department there at the hospital, but that is a whole nother’ story)

That botched E.R. visit had me scheduling a visit to see my doctor, again. The 5th doctor I was bounced around too over the course of many, many months. Only thing was, I couldn’t see her because she wasn’t in the office. I could however, see her colleague.

Now this was all years ago, but I think it went something like this.

What is a Cone Biopsy: (via the American Cancer Society)

A cone-shaped piece of tissue is removed from the cervix. This is done using a surgical or laser knife (cold knife cone biopsy). After the procedure, the tissue removed (the cone) is examined under the microscope. If the margins (outer edges) of the cone contain cancer (or pre-cancer) cells (called positive margins), some cancer (or pre-cancer) may have been left behind, so further treatment is needed.

A cone biopsy may be used to diagnose the cancer before additional treatment with surgery or radiation. It can also be used as the only treatment in women with early (stage IA1) cancer who want to preserve their ability to have children (fertility).

This all moved very quickly, and I had to miss a few days of work for appointments, procedures and recovery during this time. After the Cone Biopsy. I went back to work, and waited. It was there that I got the call that my results were in. They wouldn’t give them to me over the phone though, and just like in the movies, I got the “we need you to come into the office” line. I did not like that line. I hung up, gave one of my girls $10.00 and asked her to go next door and buy a candy bar smorgasbord.

After months of no sugar. It was like a knee-jerk reaction. I ate one or two… and I remembering feeling sick afterwards. Isn’t that interesting? I still find it odd that I went straight for comfort food. Shows how ingrained that is. At least I wasn’t a recovering Heroine addict. There is always a bright side (insert cheesy grin)!! And yes, I know I shouldn’t joke about that… but I have a dark sense of humor, and I keep it so in-check here. Because I don’t want to scare anyone, that I haven’t already… with all of this!

I was bidding my time until we could get over to the doctor’s office.

Neither Jim or I can remember if we went the same day or the next, but I remember going, the outer waiting room… checking-in, the hallway to the rooms… and sitting in the patient room waiting with Jim.

Then, the doctor call came in. The news was not good, as I’m sure you expected, and I think we did too. My doctor was visibly upset, and had to let us know I had cancer. I felt so sorry for her. I’m sure that is not an easy thing to tell someone, and you could see the empathy on her face and in her eyes. Her teary eyes. I was doing okay and holding it together, I listened as I was told I’d need a hysterectomy. I took the news and digested it. I asked if I could get pregnant again before I had to have the hysterectomy. I can hear her voice, so clearly after all these years, say; “oh honey, no… we can’t wait, you wouldn’t survive it”. That. That is when I cried.

Then, I pulled it together and we went out to the desk to find out what I had to do next.

Oh, and my doctor who wasn’t available? Doctor #5. She had told me earlier, during a examination, that my Cervix looked like raw hamburger. I asked what it should look like and she said smooth and pink. I pointedly asked her as I sat up and collected myself, if she thought I could have cancer. As she left the room, she looked back, speaking over her shoulder and said; “No, you’re too young”, and left the room. I recall thinking that was such a stupid thing to say. Babies are born with cancer. There is no such thing as “too young”.

There I was, at 29, with cancer. My age had not protected me.

And my story had certainly taken a turn.

My depression and anxiety got totally upstaged! (boy were they pissed… hahaha)

Obviously, I’ve survived all this to be here writing about it. Yay me.

There is a lot of story to tell, and as I’ve said before, I leave so, so much out to keep things moving along. It’s kind of soothing though, and almost… maybe enlightening, to revisit everything. I think it’s making me address and re-evaluate a few things.

I”m going to try to wrap everything up in my next post, including my experience with cancer, get to present day, and to how I handle “bad days” and anxious feelings.

Thank you for reading ~Shannon

PS: I will forever be thankful to Doctor #6. I feel like she saved my life. Thank God Doctor #5 was on vacation.

The Girl Behind Fox Hollow Cottage (part four) - my journey dealing with depression, anxiety and a cancer diagnosis.
Subscribe for free today to receive all my latest DIY tutorials, decorating ideas, upcoming projects & more, sent right to your in-box!